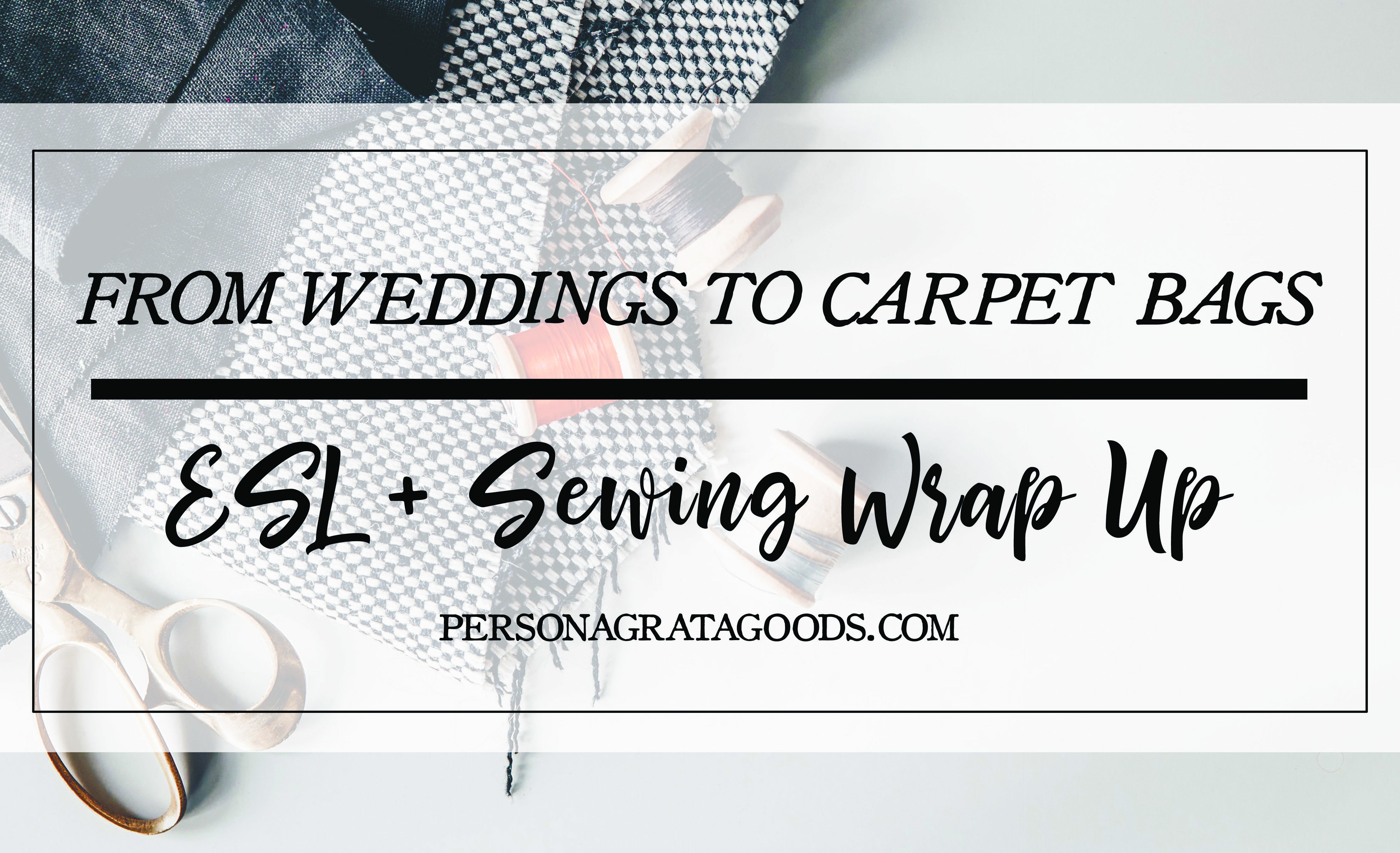 With ooohs and ahhhs, the wedding album was passed around the room. It didn’t take long for a lively discussion to ensue as women in the English conversation class shared wedding dress stories. Aila had sewn her own. Mai had to have hers custom made, as she was too small for anything in the dress store. Naiba had been able to find the one she wanted right away. One thing we all had in common – white! Everyone had worn a white dress for their wedding ceremony, and it was so much fun to share pictures and dress stories.

The pilot English Conversation + Sewing class came to an end that morning.  As the women finished up their  carpet bags during the sewing portion, they asked again and again, “Are you sure this is the last class? When will we meet again?” Ann emphatically stated, “You MUST have another class like this.” Aila told of a friend who wants to practice her English and was hoping to come, not realizing we were ending already.

Sewing together has been a blast and helped us increase our production output at Persona Grata Goods. You can see below a sampling of the products the ladies created during this time. They learned how to make various products during the actual classroom time, then had a box of materials they took home to sewing on their own.

Being able to work from home is a blessing to moms of young children or women with health issues, as outside employment can be a challenge.

But the sewing part of our ESL + Sewing project was not the most popular part of the program. The hour of English conversation gets to claim that title.  As we sat in the conversation circles on that last class, and heard women talk about how they met their husbands, what engagement and marriage looks like in their home cultures & countries, and delighted in each other’s wedding stories, I couldn’t help but reflect on how much in common we had as women.

Yes, we’ve got some very different ideas on certain subjects. But we’ve all dealt with marriage struggles. We’ve all fallen in love. We’ve all had to balance family life and late nights with babies. We’ve had to deal with separation from parents and learn how to manage life’s disappointments. And we bond together as we talk.

And in our fractured world, where suspicion and negative preconceptions run rampant, it’s a beautiful thing to be able to get to know each other as individuals.

I wish it was easier to communicate, and I’m sure there’s many emotions and thoughts the students can’t communicate because of language barriers. But in this short space of an hour, it’s amazing how much connection there is. Friendship, actually.

Photo by Matthew Henry from Burst