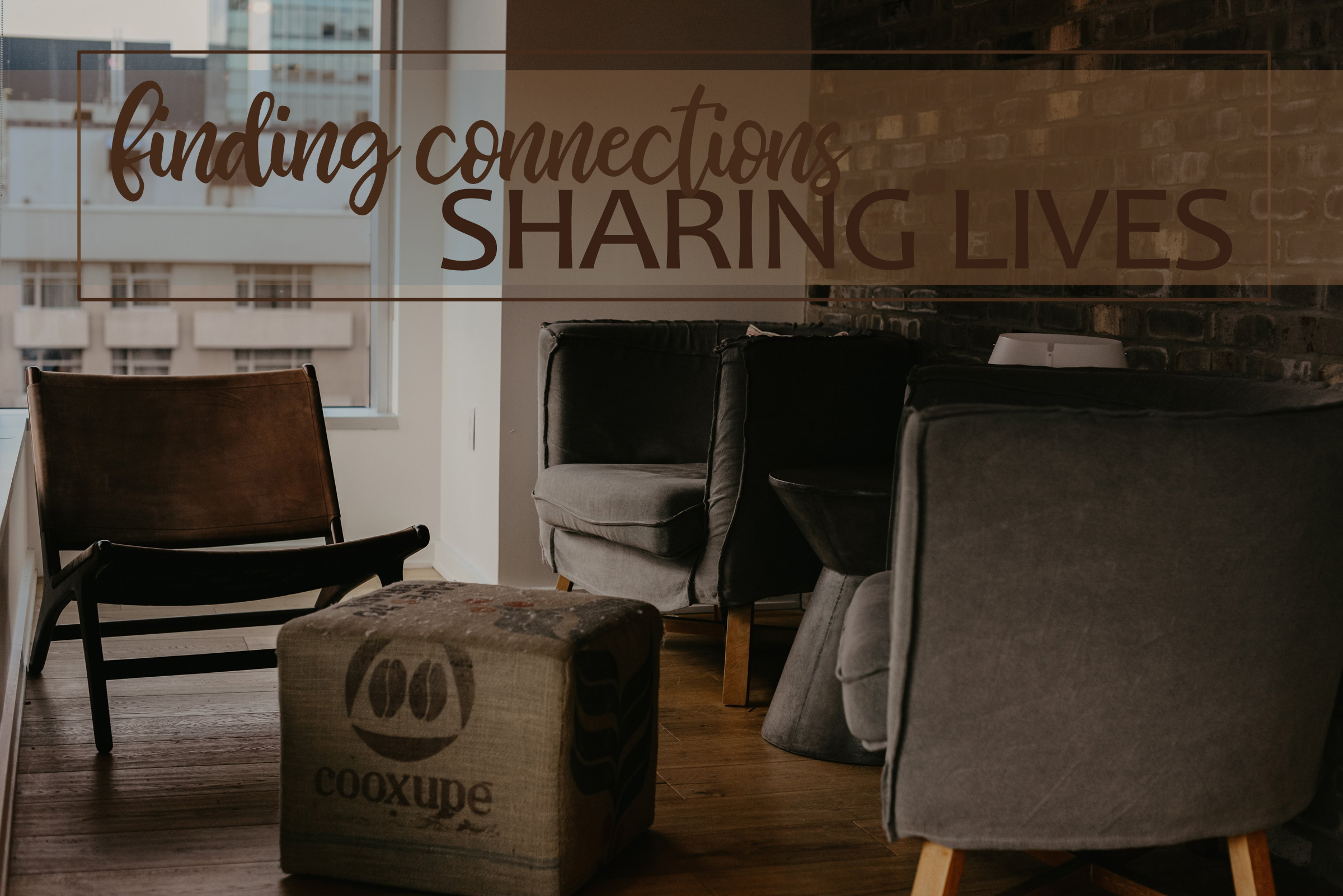 “My father’s name was Paul*,” shared a leader in the ESL conversation class.”Paul Thomas.” With surprise, the woman sitting next to her exclaimed, “That was my father’s name too! Except turned around: Thomas Paul*.” These two women, one born in the United States and one born in southern Africa, had found a connection.

This type of experience has become a regular occurrence during our English conversation hour. From the outside, it’s an ESL lesson followed by English practice as we discuss the week’s topic. We gather each week in a little room at Project 658, usually taking a few deep breaths as we’ve all been scurrying around in an effort to arrive at class on time. We try to get the chairs arranged in two separate groups, even though it can be a challenge with broken seat cushions, the couch, 2 rockers and circle table that doesn’t fit nicely in any corner.  Finally, it’s time to look at a sheet of questions. And that’s when the conversation starts.

“Which famous person would you like to meet?” asks an American college student. There’s a chorus of agreement in one group as the moms from Ethiopia, Burma and America all agree that Barak Obama would be on the top of their list. Next to them, the other ESL conversation group ponders what it means for life to be successful, with a bit of confusion over whether that means in the short-term or long-term. After all, the word “life” can apply to both!

At one point, two women from very different cultures with very different journeys connected as they tried to explain to the two volunteers in their group what it’s like to live without electricity, running water, accessible stores. And the Americans had a mutual point of connecting as one volunteer turned to the other with a wry smile and said, “After hearing about all that work, I just feel lazy now, don’t you?”

ESL conversation class is a beautiful place as the barriers of language and culture transform into connecting points.

We sympathize with each others’ struggles, marvel over points of culture that we’re each learning, laugh at funny anecdotes and share quietly in the always understated stories of grief and loss. Connection simply happens. We’re mothers. Wives. Daughters. There’s so much in the human experience that we share, even though we’ve grown up literally worlds apart. And as we listen to each other, we grow richer as we see life through another’s eyes.

“From one man God made all the nations, that they should inhabit the whole earth; and he marked out their appointed times in history and the boundaries of their lands. God did this so that they would seek him and perhaps reach out for him and find him, though he is not far from any one of us.‘ For in him we live and move and have our being.’ As some of your own poets have said, ‘We are his offspring.'” (Acts 17:26-28)

Interested in supporting ESL + Sewing? Head to Journey Home Kitchen collection and/or Messy Hair Head Scarves and make a purchase! The women in the program are sewing these products, so you’re making a direct impact in their lives.

Spring Inspiration: Textiles & Patterns from Around the World